The story of a passport

I was browsing through some old postcards of my father's when I cam across this one of the Holy Shrine of Shiraz. It has been sent by a relative who was visiting Iran in 1976, and it said that he was going to Eshfahan the next day. 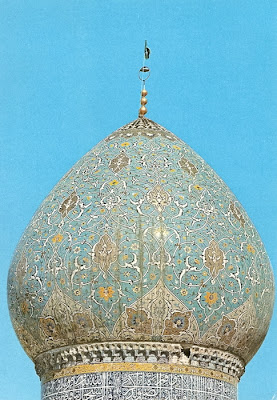 That brought back memories of the postcard sent to us by my son a few years ago, from Eshfahan. 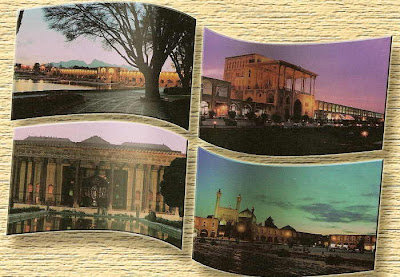 To go back to the beginning. That son's first job involved some fairly high security clearance. He subsequently went to work in Kuwait for about 6 months. More recently still, he had an American girlfriend whose family originated in Iran. They visited family in Iran and that was when the postcard was sent.

About a year ago, our son was in transit in Miami. He had about two and a half hours between flights - plenty of time. As he was standing in line at immigration he noticed every so often red lights would start flashing, a bell would ring and armed guards would appear to escort away the person whose passport was being checked. Then he arrived at the desk himself.

"I was visiting my girlfriend's family."

Red lights started flashing, a bell rang and armed guards appeared to escort him away.

His hand luggage was taken and he was put in a room, all alone, and left there for two hours. He had no means of contacting anyone and nobody knew where he was. He tells us he has never been so frightened in all his life, and no matter how hard he tried not to think about it, visions of Guantanamo Bay kept popping into his mind.

After what seemed like an eternity, someone opened the door, gave him his things back and said, "OK you can go now".

He resolved never to have to go through that again.

Mother to the rescue, because mother has one of these: 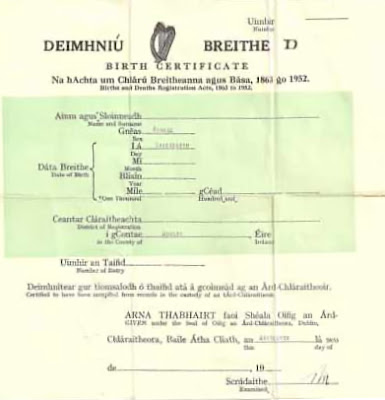 The whole thing has made me think. It seems so easy to get an Irish passport: all you need is a grandparent born in Ireland I believe. And it wasn't so very long ago that I was the one who was stopped at every checkpoint, every immigration desk, every security check, purely because I was born in Ireland.