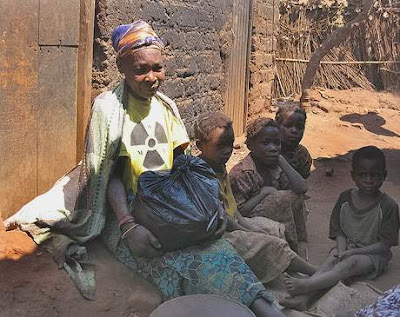 Like tens of thousands of other grandmothers in Malawi, this "Go Go" is taking care of her grandchildren because their parents have died of AIDS. 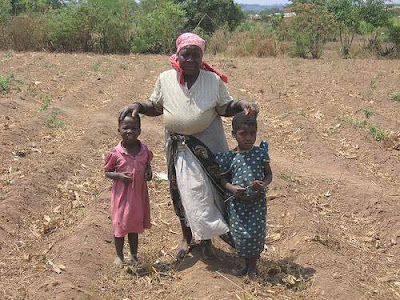 This is Harriet -- one of millions of Go Go's in Sub-Saharan Africa. Harriet is a grandmother in her early 70s. She is taking care of 16 children who have no parents. Only one of Harriet's own children is still alive. The rest have died.

14% of the population in Malawi has HIV/Aids. There are 84,000 more orphans every year. Very often these children, roughly half of them, are taken in by grandmothers, sometimes leaving these older women with several children from different families to support.

Like Harriet above, most are of an age when they might be enjoying a more peaceful and restful life. Instead they are struggling first with the grief of having lost their sons or daughters, then to raise young grandchildren, often HIV positive, on a meagre income and with little or no support. They are unsung heroes.

Look again at those women above. How many of us could raise, or have raised, our own children in those circumstances? And yet these women are taking on their HIV positive grandchildren and at times other children as well.

There are so many courageous and tough women in the world, often struggling quietly in difficult circumstances. Not all of them perform spectacular feats which catch the eye or the attention of the press, but they are every bit as deserving of our recognition and, more to the point, our help.