....and the things that you see if you take the trouble to look.

It was such a lovely morning today I decided to walk the long way around to post a letter.  I took my camera and was surprised by how much there was asking to be pictured. 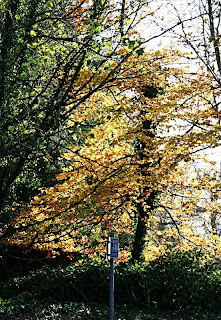 A tree, one that had managed to hold on to its leaves through the last storms, glowing brightly in the sunlight. 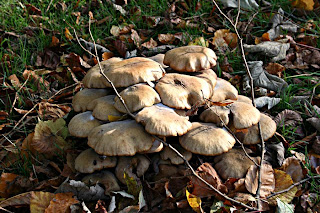 Underneath it, a crop of I-don't-know-what-sort of fungi, encouraged no doubt by the recent downpours and mild weather, pushing through the cover of leaves and twigs.  I wouldn't dream of trying them, but they did look as though they were asking to be picked.   In France you can take them to the pharmacist to be identified. 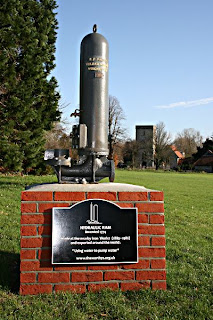 Then, incongruously in the field opposite the church, I come across a different sort of memorial, to a hydraulic ram - a water pump that used only the power of the water itself.  It was invented in 1774 and manufactured nearby between 1883 and 1982.  Some of the pumps manufactured over 200 years ago are still functioning.  Although the foundry and engineering works closed down, the pump is still made in Somerset. I'm sure that memorial wasn't there last time I passed this way.  For further information, you can visit The Worthys website to read a pdf file about The Ram on the Green 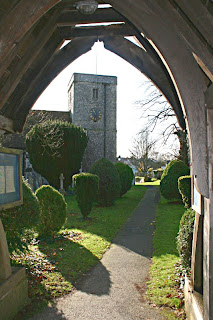 Having seen the church in the background, I went in through the lychgate to the church, for a quick detour. 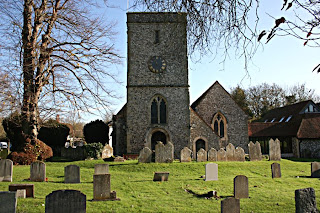 Until I looked around the churchyard and examined a few of the gravestones, I hadn't realised how old the church is. 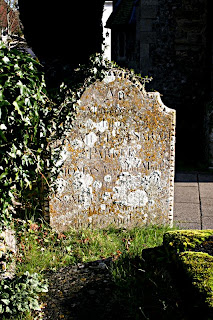 of Samuel and Sarah

What tragedy can have happened that the two died on the same day?  There are so many stories hidden in graveyards.  Someone has been researching their family around here, I think, because a series of graves had the names scratched clear of lichen.

And then, finally, to the object of my walk, the letter box, a Royal mail lamp box designed (in 1896) to be mounted on a lamp post or other similar pole. They are the smallest of the letter boxes and have hardly changed over the years. 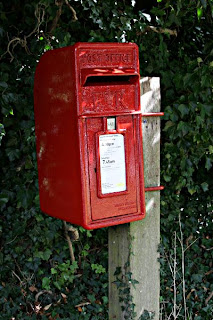 I didn't take the photo crookedly, it really does lean to one side even though it's a relatively "young" box!