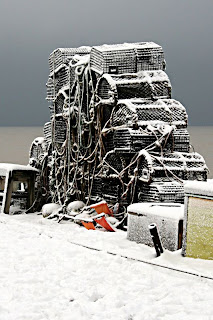 Bleakly balanced.
Lobster pots covered by the recent snow, waiting for the next trip out to sea.  They are still there, I notice, though the snow has gone. 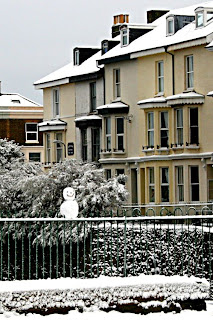 Blithely balanced
A snowman, again during the recent snow, cheerfully balanced on a local railing.  Snow is fairly unusual in this part of the world so there were snowmen being built in every possible place. 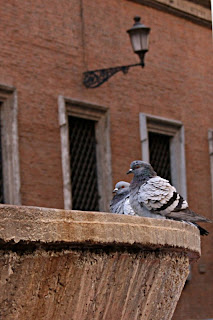 Bunched up and balanced.
Two cold pigeons sitting on the edge of a fountain in Rome last February. It gets cold even in Rome. 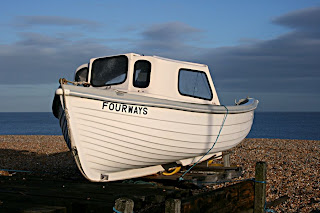 Bracingly balanced.
A local fishing boat well braced against all weather, on the shingle beach.  Shingle, for those not familiar with the term, means pebbled.  Shingle beaches are usually very steep, and often used for beach-launched fishing boats

All the photos, as usual, will enlarge if you click on them.

If you'd like to join in and find other other players, pay a visit to TNchick's site where you can find out more.
Posted by A. at 09:35